When on workers’ compensation it is important to review job offers or offers of employment with an attorney. Failure to accept a suitable job can result in a termination of wage loss benefits. Employers have been known to offer employment that is not consistent with past employment, is at a lower wage, at different hours, etc. Even though it is different does not make it unsuitable.

An example of a refusal of suitable employment came in Dodgson v. City of Minneapolis Public Works, #WC18-6186 (WCCA 10/31/18). Here, the employee lost his entitlement to wage loss benefits due to a refusal of a suitable job offer.

In Dodgson, the employee sustained a work injury on July 20, 2017 resulting in amputation of his finger.    The employer and insurer later offered a light duty job which was within his restrictions, but the employee refused the job claiming that “he had no transportation as he was precluded from driving and he could not rely on his wife and/or his father-in-law.”  There was evidence submitted that the employee could use public transportation and the cost of the bus ranged from $2.50-$5 per day.  The employee objected to using a bus because of the distance to walk from his home to the bus stop which was approximately 2-3 blocks and the fact that he was to avoid working in temperatures below 65°.

The issue before the court was whether the employee unreasonably refused an offer of gainful employment.  The compensation judge granted the employer and insurer’s request to discontinue benefits.  It was found that the job offer was consistent with the rehabilitation plan and that the employee had unreasonably refused the job offer. The court cited the standard that an employee’s refusal of a job offer may be considered reasonable under the circumstances if it would dramatically alter a reasonable and responsible pattern of living.  The court cited several cases where they upheld the reasonableness of rejections of offers of employment for reasons related to the employee’s work schedule or family or personal obligations.  In this particular case, there was evidence that public transportation was available and, as such, it was not reasonable to refuse the employment.

Again, if you are offered employment and are considering refusing it make sure you speak with a lawyer. Refusing a suitable job can have a detrimental effect on your case.

Our office offers free no hassle consultations. We would be happy to discuss your case. Contact us today (763)421-8226.

Photo by Elijah O’Donnell on Unsplash 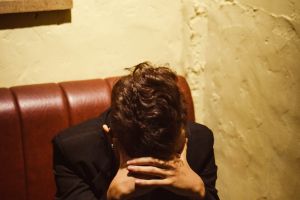 What happens to my workers’ compensation benefits if my employer terminates or fires me for misconduct?

Minnesota Workers' Compenation Lawyers The firing of an injured worker[...]