Stairs in the workplace can be dangerous. More than 1 million Americans injure themselves on stairs each year, according to a study in the American Journal of Emergency Medicine. Overall, about 60 percent of injuries happened without a cause, according to the patients’ accounts. Twenty-three percent of patients said they slid, slipped, tripped or misstepped. A small number said they were carrying objects and couldn’t see. Sometimes these staircase injuries occur at work and dispute arises as to whether it is compensable under Minnesota workers’ compensation. The Minnesota Supreme Court this past fall had to deal with this issue in Roller-Dick v. CentraCare Health Systems, #A17-1816 (Minn. 08/08/18)

The facts surrounding how the injury occurred and why the injured worker fell were undisputed.  Specifically, this was a legal question of whether the injury arose out of her employment.  The employee sustained a left ankle fracture after falling down the stairs while leaving work.  The stairway she was using had railings on both sides as well non-slip treads.  When she fell, she was not using the handrail.  In fact, she was holding a plant from her desk in both hands and her handbag was hanging from the crooks of her elbow.  As she was falling, she dropped the plant and caught herself on the handrail, resulting in an ankle injury.  The Supreme Court agreed that the only issue for the judge to decide was as to whether the injury arose out of her employment.

At the trial level, the compensation judge had denied the claim, however, on appeal the WCCA reversed finding that stairs in the workplace were inherently hazardous and increased the employee’s risk of injury, therefore, causing it to arise out of her employment.  The Supreme Court reiterated that for an injury to arise out of the employment, there must be a causal connection between the injury and the employment.  The Supreme Court needed to analyze whether the employee faced a hazard that originated on the premises as part of the working environment.

The court, as addressed in Dykhoff, broke down the hazards into two categories including special hazards—which were risks such as unsafe conditions, and neutral conditions—which weren’t inherently dangerous or risky but something about them increased the employee’s exposure to an injury.  The court analogized this particular condition to the Kirschner v. County of Anoka, where a staircase required the employee to navigate steps without the benefits of a handrail although the stairs were not obviously hazardous, the employee encountered a set of circumstances that increased the risk of injury.

Additionally, the Supreme Court stated that in workers’ compensation, “we do not inquire into whether the circumstances that lead to an employee’s injury were attributable to either the employee or the employer.”  The Supreme Court also distinguished that an employer’s obligation to maintain a clean and safe workplace is fully distinct from the duty imposed on employers by workers’ compensation law.  That duty is to compensate employees for injuries arising out of and in the course of the employment without regard to negligence on the part of the employee or the employer.

Stairs like many other things can pose an increased risk of injury in the workplace. If you have been injured at work and want to discuss your case, contact us for a free, no hassle consultation. We will be happy to discuss with you whether your injury is compensable thus entitling you to benefits.

Photo by Lindsay Henwood on Unsplash 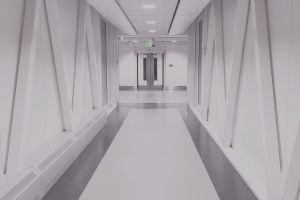