An occupational disease is the development of a sickness or illness as result of prolonged exposure to a chemical or irritant. It can also include work exposure resulting in a mental illness – PTSD.

What is an occupational disease under Minnesota workers’ compensation law?

The term “occupational disease” in Minnesota means as follows:

There must be a direct causal connection between the conditions In other words, there must be support that the work exposure caused the condition. An occupational disease becomes compensable when an employee becomes disabled due to that condition. In some cases, occupational diseases can take years to manifest before they become recognized and disabling.  Therefore, even if it has been years after the injured worker was exposed the effects of the injury can be compensable.

What types of work-related occupational diseases are there in under Minnesota law?

The employer and workers’ compensation insurer are responsible for occupational diseases. Some of the most common are as follows:

“Asbestos” is the name of a group of minerals that are shaped like long, thin fibers. For many years, asbestos was commonly used in insulation, car brakes, ships, ceiling tiles, fabrics, fireproofing, and many other materials. But since the 1970s, people have mostly stopped using asbestos. That’s because scientists learned that being around asbestos (“asbestos exposure”) can cause serious health problems including occupational disease.

How do workers get exposed to asbestos?

When people are exposed to asbestos, it’s usually because of the type of work they do. Asbestos was used in many types of construction materials. People who worked with these materials in the past might have been exposed to it. This includes plumbers, pipefitters, electricians, insulation workers, construction workers, roofers, welders, and many other types of workers. Also, even though asbestos is no longer used in construction, demolition workers can suffer an occupational disease when they knock down old buildings.

People can also be exposed to asbestos through the work clothes of someone they live with. This can happen when the person who works with asbestos brings their work clothes home. Plus, people are exposed to low levels of asbestos in nature.

What are the health problems asbestos exposure can cause?

Asbestos fibers are very small. When these fibers get loose in the air, people can breathe them into the lungs, where they get trapped (figure 1). The trapped asbestos fibers can cause problems such as:

It usually takes being exposed to asbestos at high levels or for a long time for the asbestos to cause illness.

What if I worked for multiple employers where I was exposed to the irritant/chemical?

If you are injured as a result of your occupation, you are entitled to fair representation. It is important to know your rights under workers’ compensation law.  Most Minnesota workers’ compensation attorneys would be happy to discuss with you your options, including potential scenarios in the future and what to look forward to as you move along in the healing process.  It is important to stay empowered and know your rights under the law.  Minnesota workers’ compensation lawyer, Jerry Sisk, offers free no-hassle consultations to allow you an opportunity to be informed so you can make the right choices.

Photo by Silvia Brazzoduro on Unsplash

This year a new law went into effect to help[...] 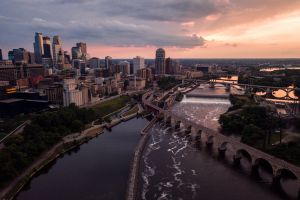 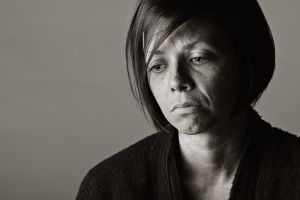